So there I was, after finishing a talk on entrepreneurship at The Innovation Hub (it is weekly monday morning talks run by the Maxum programme, where they invite people to talk on topics and offer free coffee… go if you have time. It is free and very worth it)… after the talk I chatted with some of the ladies and gentlemen that were sitting there all the time noticing a young figure standing politely in the corner. Elegantly if somewhat nerdly dressed, exuding an air of humbleness. You know one of those people who somehow fit oddly in a sea of adults? The young kid who sits on the sidelines watching what the “big boys and girls” are doing while his peers are out playing? Yes. This was him.And yet there was something about him I couldn’t put my finger on… When it came his turn to approach me (and I am so sorry my dear friend for keeping you waiting) within five words I knew I was in the presence of the next great entrepreneur. This is someone who steps out of his comfort zone to satisfy his hunger for entrepreneurship. This is a 17 year old whose words, wisdom and intellect are more suited to one who has many a years of experience… Who was this chap? Where did he come from? …and more importantly, why was he interested in entrepreneurship?

I asked him to write to me his thoughts. This is the result.

By the phenomenal Reabetswe (Rio) Bodiba,a 17-year old budding entrepreneur and virologist from Pretoria (grew up in Sunnyside). He patented his first invention at the age of 12, tried curing AIDS when he was 16 and at 17 did his A-levels and now interning at a tech start-up and being the apprentice of an entrepreneur.

Problem-solving, simplicity and beauty are what he lives for. He says he wants to be the next Steve Jobs and I have no doubt he will.

I Feel Bad For Wanting To Be An Entrepreneur

I write these words with fear in my heart, I want to be an entrepreneur – I really do – but I feel bad for doing it.

“Go to school, get a college degree, work for a corporation then retire with a gold watch”

Is the story we’ve been told.

Oh and if you don’t go to school, you’re going to hell.

It’s a story I don’t believe, a story that makes me think that we don’t think.

I’ve had way too many conversations with my friends telling them that I don’t want to go to university.

“Dude why don’t you wanna go to uni?”

Because that’s where they train employees :l

Sitting in class being instructed on how to draft a CV when I should be learning that credentials mean nothing – skills are the commodity.

I feel even worse when I hear my brethren howling, screaming and destroying infrastructure because they DEMAND JOBS.

The government does what it can – so they ‘create’ jobs…

Mao – along with the journalists looked into a crowd of one thousand workers building a dam MANUALLY – picks,spades and shovels on site. (This was after the industrial revolution so most of that was unnecessary)

One of the journalists asked:

“Why do you use hand labour to build a dam wall Comrade?

Surely it will be faster, cheaper and more efficient to use earth-moving machinery?”

Moa told the reporter that he wanted to ‘create jobs.’

To which the reporter replied: “If you want to create jobs, why give them picks and shovels?

Rather give them spoons.”

This is what job creation boils down to.

These two thousand people may be quite busy, but they are creating little, if any, value.

Jobs cannot be created – they are merely the result of economic growth.

No other country has more of those than we do.

Why aren’t we utilising them?

Do you know about MangaManga, the new mining start-up specialising in manganese?

It was started by a chemical engineer fresh out of university and a chartered accountant wiith seed money from the government and a patented fabrication method that cuts costs by 300%..these guys are on the highway to success.

I haven’t either because it doesn’t exist.

We’re a country RIPE with opportunities that the youth won’t take, simply because they seek the security of a job.

We’re a country ROTTEN with problems that the youth won’t fix, because they seek the security of a job.

It’s not just about your dreams.

It’s not just about the money.

It’s about liberating your people and your country.

If you refuse to do it for yourself  then,

do it for everyone else.

2 thoughts on “I Feel Bad For Wanting To Be An Entrepreneur. By the phenomenal 17 year old Reabetswe Bodiba”

This site uses Akismet to reduce spam. Learn how your comment data is processed.

You can find me on… 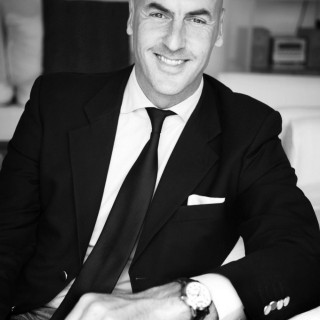